After leaving Twitter and taking some time off, Josh started Habitat, a “Product Design Studio” with a goal of de-risking early-stage exploration and finding the right teams to solve the right problems. He then spun two companies out of Habitat: Abstract, where Josh is currently the CEO, and Awesome.ai where he serves as the Executive Chairman.

Josh is a vocal advocate for Design Leadership, writing and speaking about the challenges of building Design-led companies and products. In his current role as CEO of a seed-stage company, as an active Advisor to several start-ups, and part of the Kleiner, Perkins, Caulfield & Beyer Design Council, Josh continues to influence the centrality of Design in early and late-stage companies.

In addition to being co-creator of 52 Weeks Of UX, Josh most recently served as Principal Designer at Twitter where he led the design of key initiatives across the Twitter product, including the 2011 redesign, building and growing the Design organisation, and played a key role in strategic product decisions. During his time at Twitter the company grew from 250 to 2000 employees, the user base from ~50M to 230M, the Design team from 7 to 46. His unique perspective and experience are why, in 2012, Fast Company named him one of “fifty designers shaping the future of design.”

Prior to joining Twitter, Josh was Director of User Experience at Socialcast, an Enterprise social communication platform, which was acquired by VMware in 2011. Josh believes design is about relationships—at every level—and spends his time working to better understand and reinforce those connections.

On Following Your Passion

The biggest risks in leaving Twitter were giving up a secure position, a great team, an established product, and the association that comes with the brand. Hunter Walk wrote an article about what it meant not to have his Google email address anymore after leaving Google; I experienced a similar thing in leaving Twitter.

There’s no doubt that I got to attend certain events or meet certain people because of my position at Twitter. All those things were great, but at the end of the day, the most important thing is following your passion—I know that sounds kind of cliché at this point. But when there’s that thing inside, gnawing at you, and you need to go manifest it—because you’re going to lose your mind if you don’t—then it doesn’t matter if it’s risky.

The Power of Habit: Why We Do What We Do in Life and Business

Quiet: The Power of Introverts in a World That Can’t Stop Talking

A wonderful interview with Josh in 2013 about his path as a designer and future ambitions. 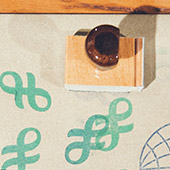